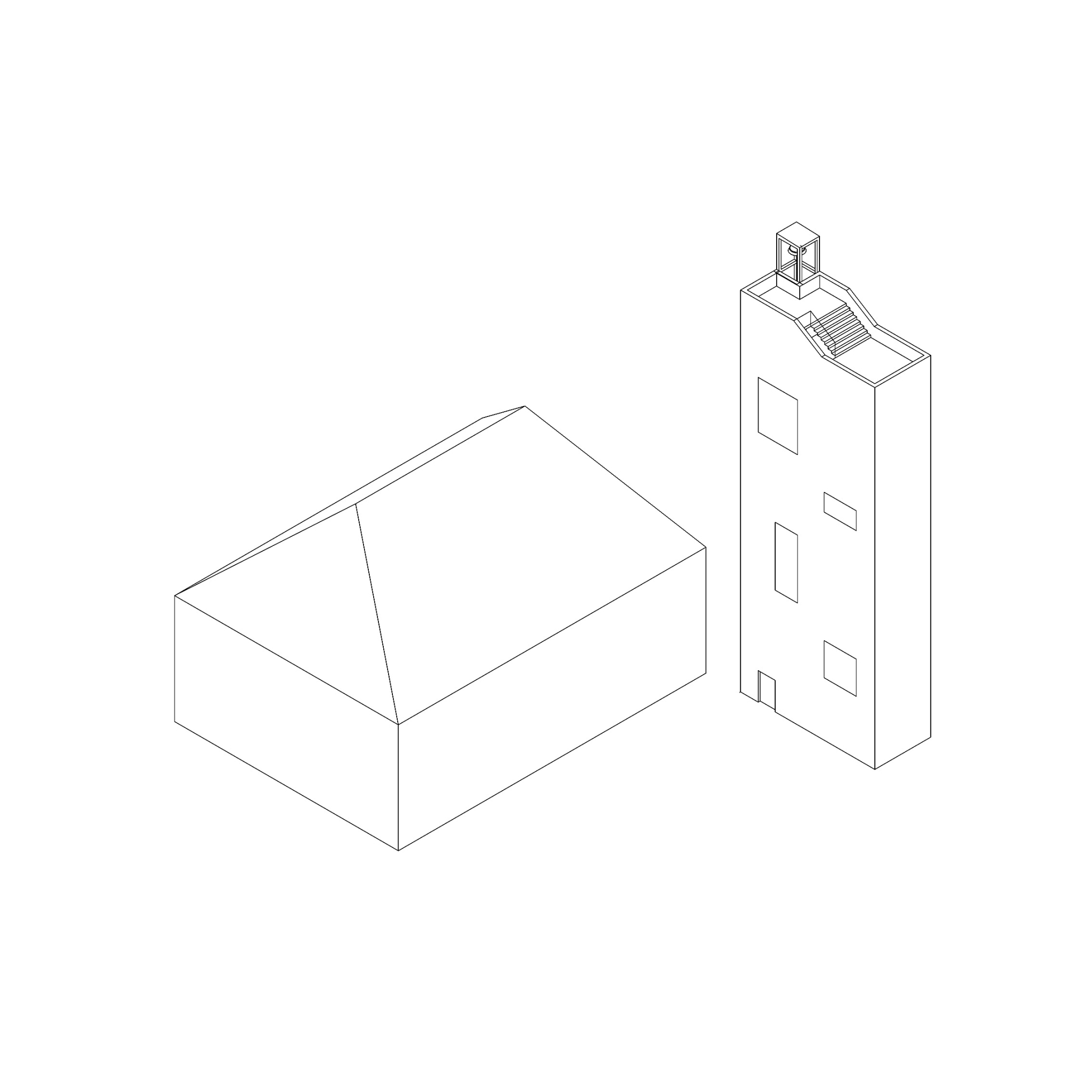 Function: belfry for a Lutheran church

The Lutheran church of the western Hungarian city of Győr was built in the late 18th century. It is the most beautiful baroque Lutheran church of Hungary and the biggest one as well. When it was built, it was not allowed to design a belfry to the protestant churches because of the rules of the Habsburg Emperor, who wanted to protect the Roman Catholic Church. In 2009 the community of the Lutheran Church organised a competition for university students for the design of the missing belfry.

The proposal placed the belfry between the Lutheran high school and the church to fill the empty space between them. In a way like this, the tower can close the courtyard and separate the church garden and make the undefined spacial relationship more exact. The belfry would be a vertical sign in the claster of the “Lutheran Island” (the so called Insula Lutherana) and in the inner spaces a vertical Lutheran museum was taken place. From the roof top terrace there is a nice view to the old town of Győr. The main material of the tower is brick, because brick can reflect to the roof tiles of the big roof. Light comes into the spaces through the partly perforatedly built brick facade.